Castle In The Sky 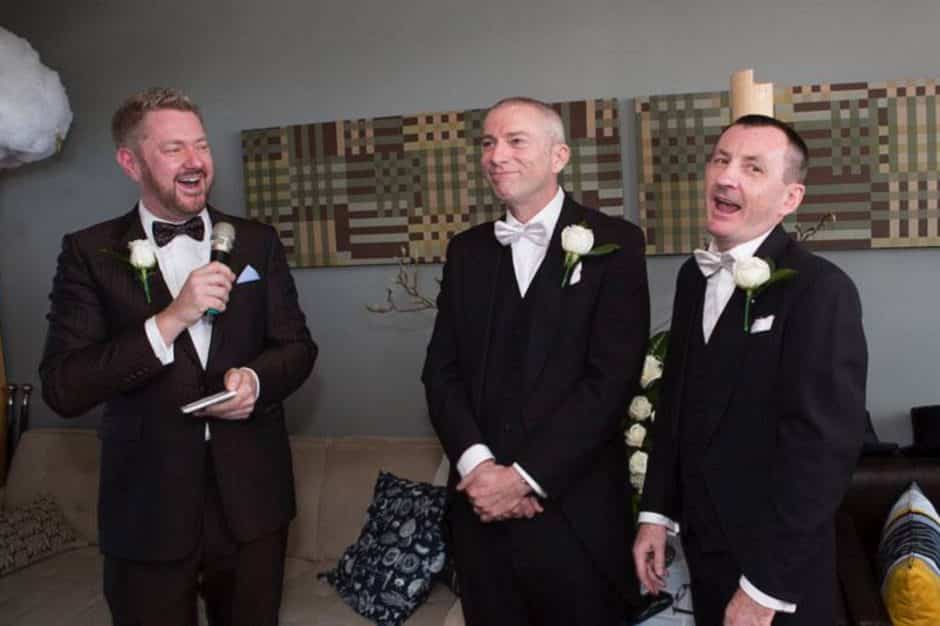 If something’s worth doing, it’s worth doing twice!
Chris and John went to New Zealand for a legal wedding, and then I helped them to reaffirm their vows in front of their family and friends at home – their castle in the sky.

With Australia lagging behind on Marriage Equality, many same sex couples are following this route. More than 300 couples have flown to NZ over the past 12 months to take advantage of their marriage laws.

Chris and John’s friend Beverley’s posted on Facebook last week. She had contacted her MP – Tanya Plibersek, a high profile supporter of Marriage Equality, about John and Chris. In her reply, Tanya said,

“I agree that Chris and John shouldn’t have to go to New Zealand to get married. But I’m hopefully our same sex marriage bill will be successful and we will see legislation by Christmas. Please pass on my very best for Chris and John’s future together”.
TANYA PLIBERSEK

One thing we talked about were their reasons for getting married. Chris explained,

“We want to demonstrate to our family and friends that we are coming together, to celebrate the love we have.”

“I’ve never been with anyone who I’ve wanted to marry – Chris is the first and only one. It was an easy decision to say yes when Chris asked me.”

Not everyone can wait for our Government. Let’s hope it isn’t long before Chris and John’s marriage is legally recognised at home.