Delving into the Celebrant Data

The average celebrant is a retired woman in her 60s living in Victoria and conducting less than 10 weddings a year – according to some fascinating new data. 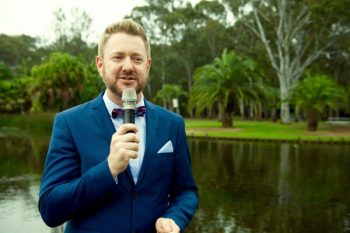 The world of celebrancy can be quite a disparate one, with most people working alone. That’s simply because of the nature of our business. With somewhere in the region of 8,000 Marriage Celebrants registered across Australia, getting any firm insight isn’t easy. So a recent survey carried out by CoCA  (the Coalition of Celebrant Associations) makes really interesting reading.

The data confirms some of the things that I already know or have suspected; namely that most celebrants do a handful of weddings every year and the majority of them are retired women doing it part-time to supplement their income. (What the figures don’t perhaps show is that given the chance, most celebrants want to do many more weddings than they currently do.)

Here’s the breakdown in bullet points:

So as you can see, the survey results put me into a minority – firstly just by being a man. But it’s also because this is my career. I conduct between 6 and 10 weddings a month, and run a professional celebrancy business to earn my living. I was actually quite surprised to read how I’m conducting more weddings than most celebrants, even though they have been registered for longer.

From within, I see the data indicating a clear divide as our industry changes and develops. On the one hand, you have those who see it as something of a civic duty; a nice thing to do for people in their spare time for a nominal fee to boost their (retirement) income. On the other, you have those who approach it as a professional career, investing the necessary amount of time and effort into building a small business and charging a higher fee to reflect that. (Any small business owner will tell you how much hard work it takes to achieve success whatever field you are in.) Importantly, that isn’t an implied criticism; both are different and valid approaches with their own merits.

But I’m disappointed to read that most celebrants who create individual ceremonies only seem to be charging between $100 and $250 more than the basic Registry wedding. This does a disservice both to them, to the industry in general and ultimately to our couples. A great ceremony takes a lot of time and effort to produce and requires valuable professional skills; more celebrants need to put an appropriate price on those skills. Giving twice the service but not charging twice the price doesn’t make sense. Going down to bottom dollar just to get business through the door keeps prices artificially and unrealistically low.  And let’s be honest, if someone isn’t getting paid very much, they’re not going to be particularly invested in your wedding. We’ve all heard horror stories of celebrants who have mispronounced names and written a bland and generic ceremony, which was inaudible to boot.

Change is needed to encourage new entrants into celebrancy to refresh and invigorate the industry. Nobody new will come if they can’t earn a living. So fellow celebrants – value yourselves more! You do amazing work. 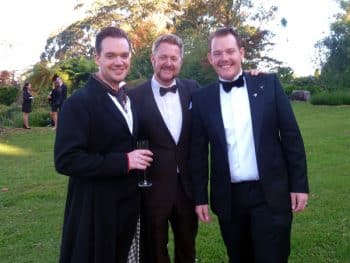 The final point worthy of note is how 67% of celebrants would like training in writing same sex ceremonies. I find this hugely encouraging that the industry wants to be more inclusive and embrace equality. Whereas that comes entirely naturally to me and those in my celebrant circle, in my experience significant numbers of celebrants come from a much more conservative background. So to hear they want to reach out and learn can only be a good thing. I’d be very happy to help show them the way!

What does all this mean for couples looking for a celebrant? I think this raises some good questions you need to ask about experience, attitudes, professionalism and what their differing fees reflect. And for me? It proves what I hoped; that I’m not the norm and offer something distinctive to the majority that I know couples appreciate and enjoy.

Read the CoCA raw data results on their website.