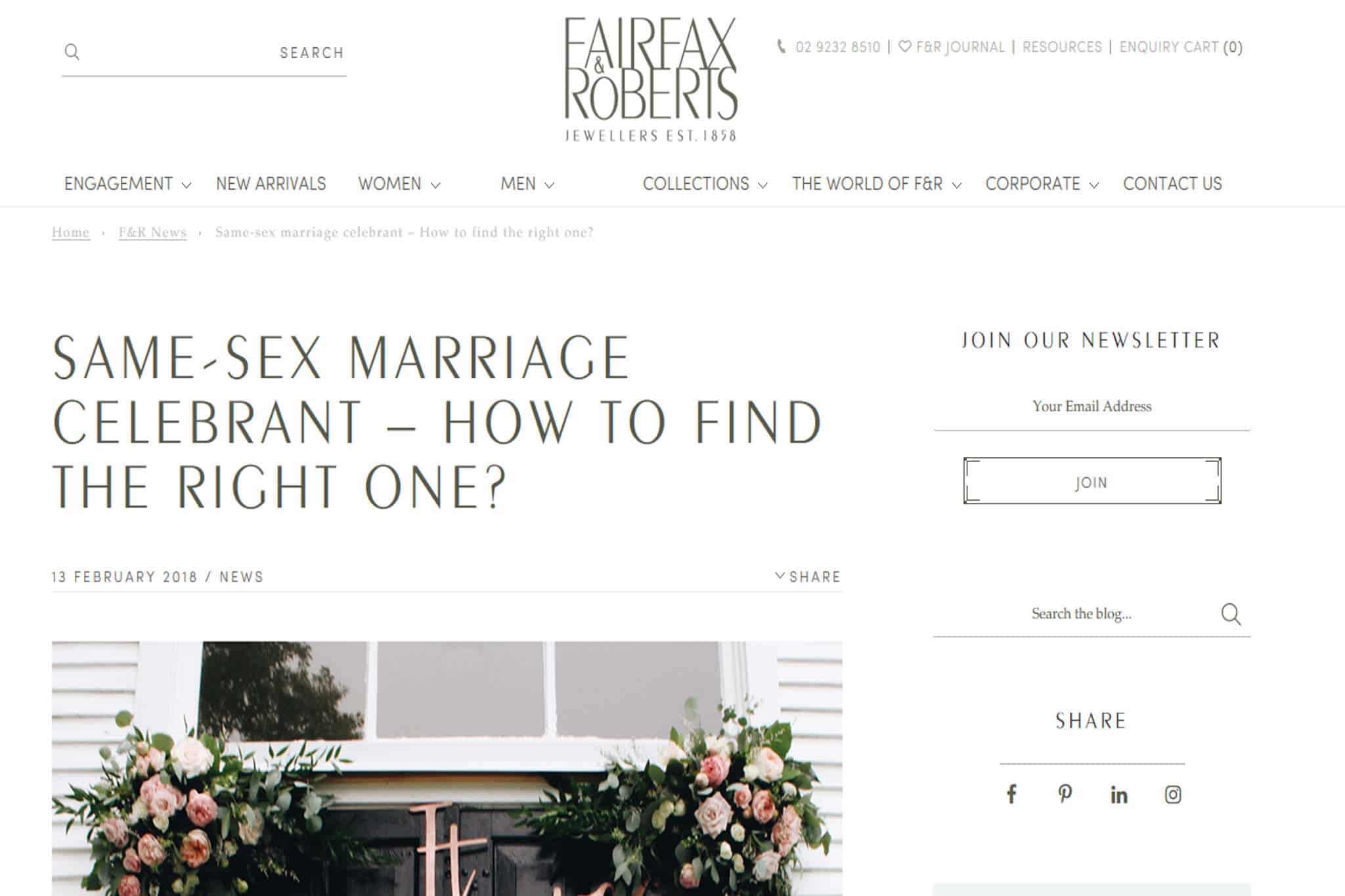 I've been named at the number one Marriage Celebrant for same sex couples in Sydney in an article by Fairfax and Roberts. Read the article in full here.

You’ve found the perfect ring, popped the question and saved the date – now it’s time to find the perfect same-sex marriage celebrant to make it official. Your wedding ceremony is something you can make uniquely yours. The right same-sex marriage celebrant will help guide you through the planning and preparation as well as ensure everything runs smoothly at the ceremony.

The laws regarding celebrants have changed since marriage equality was passed in December 2017. They must now read a new monitum – the statement explaining the nature of marriage. Rather than the “union of a man and a woman”, the statement is now the “union of two people”. Further, couples may now refer to each other as spouse, rather than “husband” or “wife” during the ceremony if they prefer.

Working with a celebrant for a LGBTIQ ceremony

It’s a good idea to meet with a couple of same-sex marriage celebrants, as they each bring their own personality to the ceremony and you’ll want to find a celebrant who’s the right fit. Once you and your partner have selected a celebrant, you’ll meet with them a couple of times to discuss your vows (which can be highly personal or just the legal requirements) and how you’d like the ceremony to run. There will be a rehearsal (get your rings and tissues ready) and then the big day!

Same-sex marriage celebrant Stephen Lee has performed hundreds of marriage ceremonies and was actively involved in the equality campaign. He’s well versed in handling all the paperwork and legalities. As a former journalist, he is also a master storyteller who will bring warmth, personality and professionalism to your wedding day. Sydney-based Stephen officiated at Australia’s first legal male same-sex marriage just days after the laws were passed.