A whole lot of legal love… 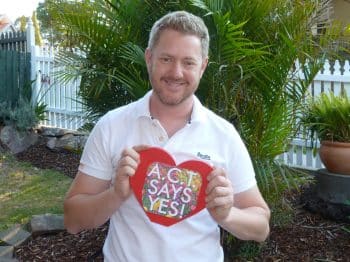 Ready for Gay Marriage in the ACT

I’m now officially registered to conduct legal same sex marriages in the ACT under the Marriage Equality (Same Sex) Act 2013. You can find me on the ACT Celebrant Register. I’m ready…. are you?

If you want to travel to the ACT and have a same sex marriage, email me now. There are less than 50 Celebrants registered for gay weddings and it’s going to be busy.

You’ll need to give me one calendar month’s notice of intention to marry to comply with the new law, as well as satisfying eligibility to marry and ID requirements. But there is no residency requirement, so you don’t have to live in the ACT to get married there.

Hundreds of people have registered their intentions to marry under the new law, so let’s get cracking!