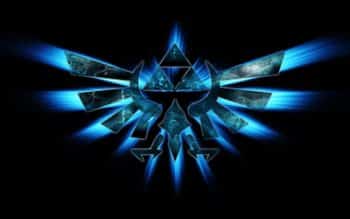 Getting married is the start of a new adventure, especially if you’re a gaming couple having a Legend of Zelda themed wedding!

When I sit down to write a wedding, I look for all the ways we can really personalise the ceremony to make it as much about the couple as possible. Chloe and Tim told me from the start they wanted to weave in some elements from their favourite game, Legend of Zelda.

One of the big things they have in common – and indeed the shared interest which brought them together – is video gaming. They have different tastes in games but there’s middle ground like Pokemon or Mario Kart. Tim’s into PC games, Chloe is into consoles. But Zelda was one of the very first games Chloe brought herself and played and they found out they had that game in common when they first met.

They used green and gold as a theme to match the colours of the game (so I brought out my gold tie!) and Chloe walked in to the Zelda theme. 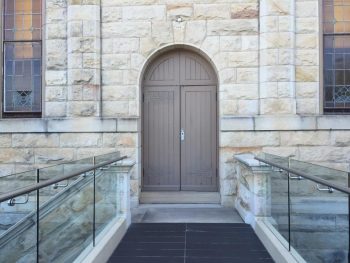 This was the door she emerged from – as she left her castle to marry her fellow adventurer in life.

In my script, we used a few knowing references too. Marriage requires many things, and perhaps the Triforce is a great way to put that into words – courage, wisdom and power.

They wrote some wonderful vows for each other, including Chloe referring to Tim as “my player 2 in life.”. And we finished with a  quote from Sheik, the Ocarina of Time – a character fro the game. “Time passes, people move. Like a river’s flow, it never ends. But an inquisitive mind will turn to noble ambition, and young love will become deep affection.”

Many congratulations you two!

Chloe and Tim were married in the Eternal Garden at Curzon Hall, Marsfield.