This year's Sydney Mardi Gras was all about celebrating Marriage Equality. So what better way to join in those celebrations than by getting married?

The first of my Mardi Gras marriages was Robin and David, a couple who've been together for 20 years. They were visiting from the US. I married them down by the harbour under a shady tree, with Sydney Harbour Bridge and the Opera House as their backdrop.

Next were Lollie and DeeDee, two women who've been an item for an amazing 32 years. They had an intimate ceremony surrounded by their close friends and family at a friend's gorgeous home. Their friends really rolled out the red carpet for them with some home-made canapes! And as I arrived, I helped to carry in some of the MANY bottles of champagne they had to share with everyone! 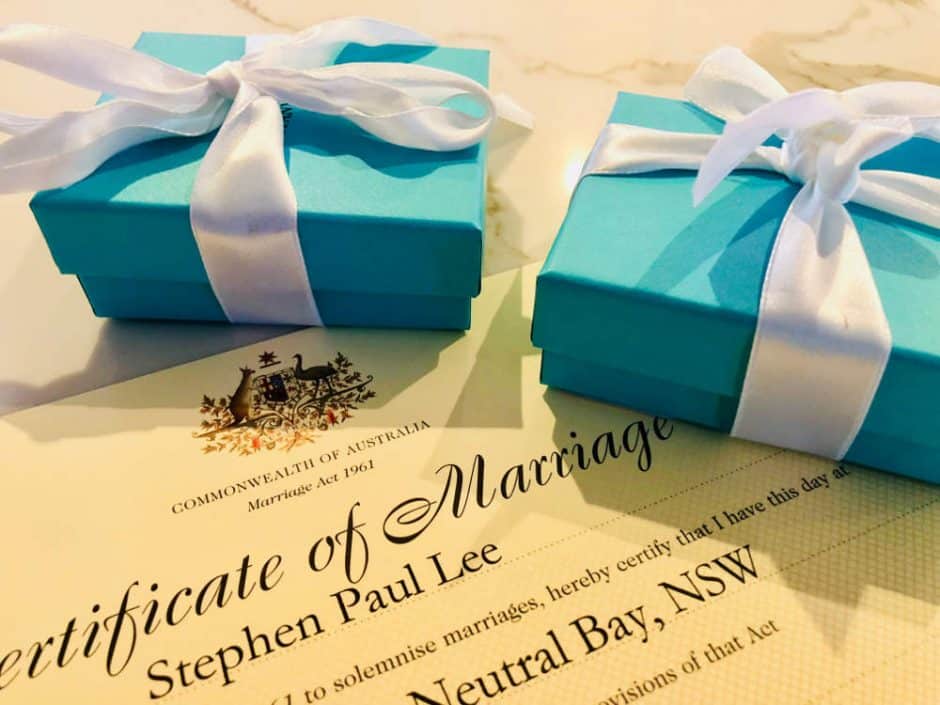 And on the day of the parade and party, Sean and D'Angelo had lots to celebrate. They too were over fromt the US, having arrived on the Atlantic cruise. They were marking their 10 year anniversary by getting married. And SBS World News came along to film it! They made it on to the evening news, complete with their "Just Married" sashes. As for their wedding reception.... the Mardi Gras party.... they definitely had a lot of guests to celebrate with! 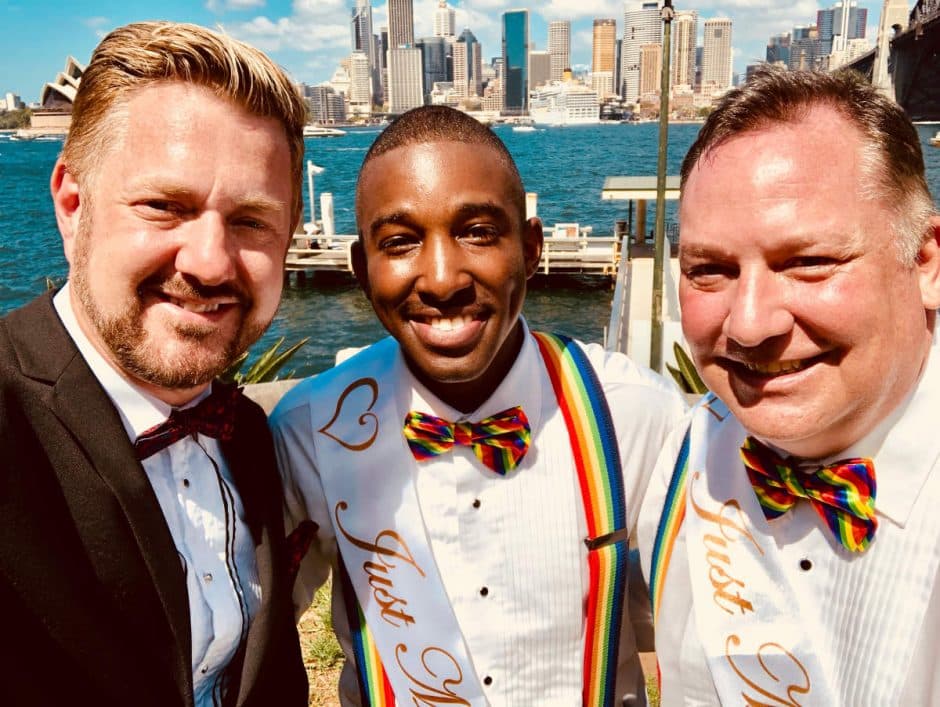 Many of the same sex weddings I am conducting at the moment are similar - all couples who have been together a long time and want legal recognition for their relationship. Interestingly it's a mix of local AND overseas couples, which shows that Australia is going to be a big destination wedding location for same sex couples from around the world.

The sense of joy and happiness and relief in these weddings is just amazing. We've waited a long time for Marriage Equality and so these ceremonies are extra sweet. What a great year it's turning out to be!