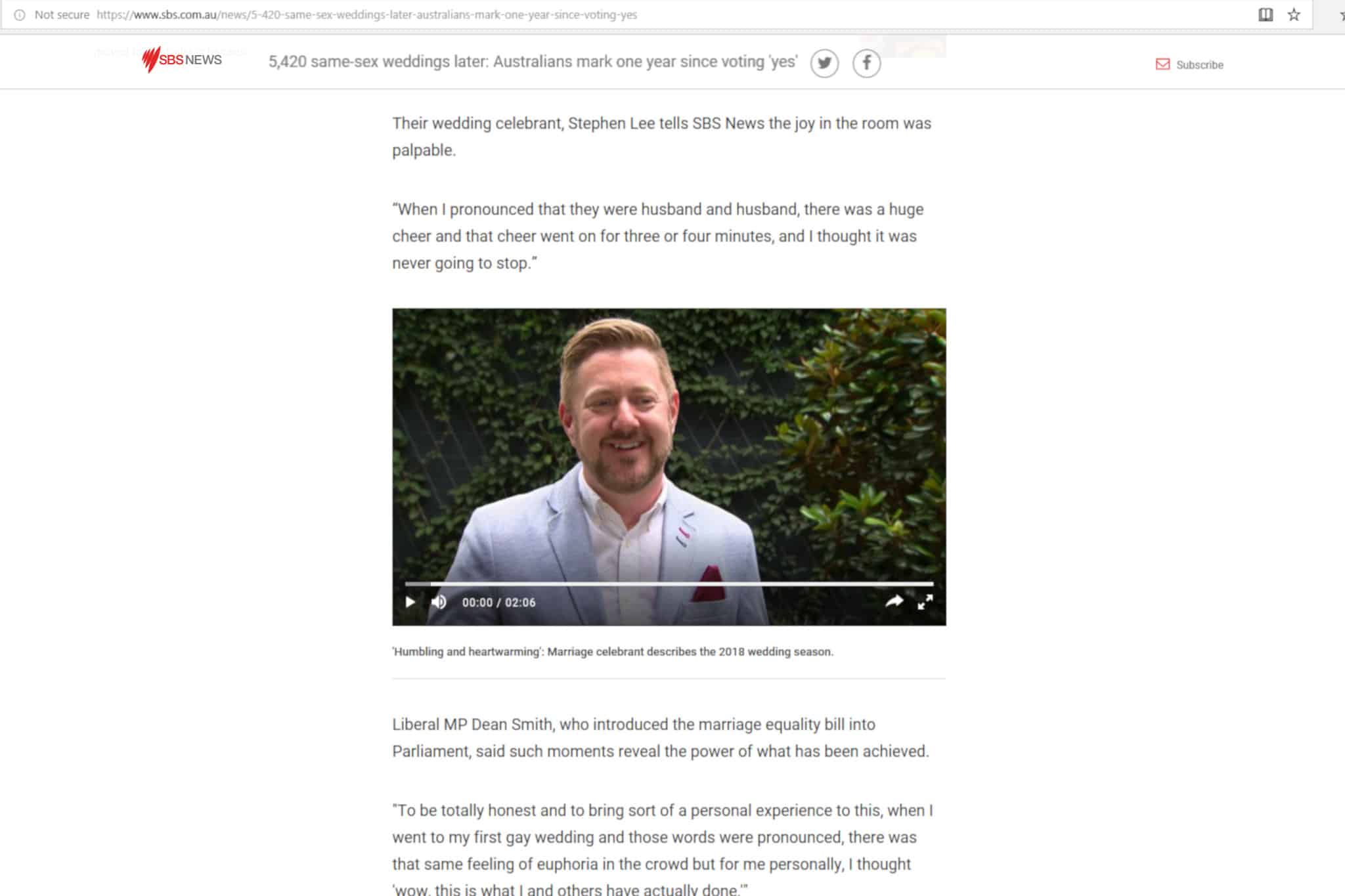 This time last year, married couple Selwyn Lemos and Ban-Foo Leong stood in Belmore Park in Sydney’s CBD, and marched in what they hoped would be their last ever campaign for marriage equality in Australia.

It was. Days later, on November 15 2017, it was announced Australia had voted 'yes' to marriage equality.

“It’s a significant achievement, that we were part of that fight for equality. And now we have it and it feels good,” Mr Leong tells SBS News, as he stands in the park, a place where he and his now-husband feel they helped shape history.

Earlier this month, the couple of 21 years tied the knot in the presence of dozens of family and friends, many of whom had travelled across the globe to witness the long-awaited event.

Their wedding celebrant, Stephen Lee tells SBS News the joy in the room was palpable.

“When I pronounced that they were husband and husband, there was a huge cheer and that cheer went on for three or four minutes, and I thought it was never going to stop.”

Read the full article on the SBS News website.