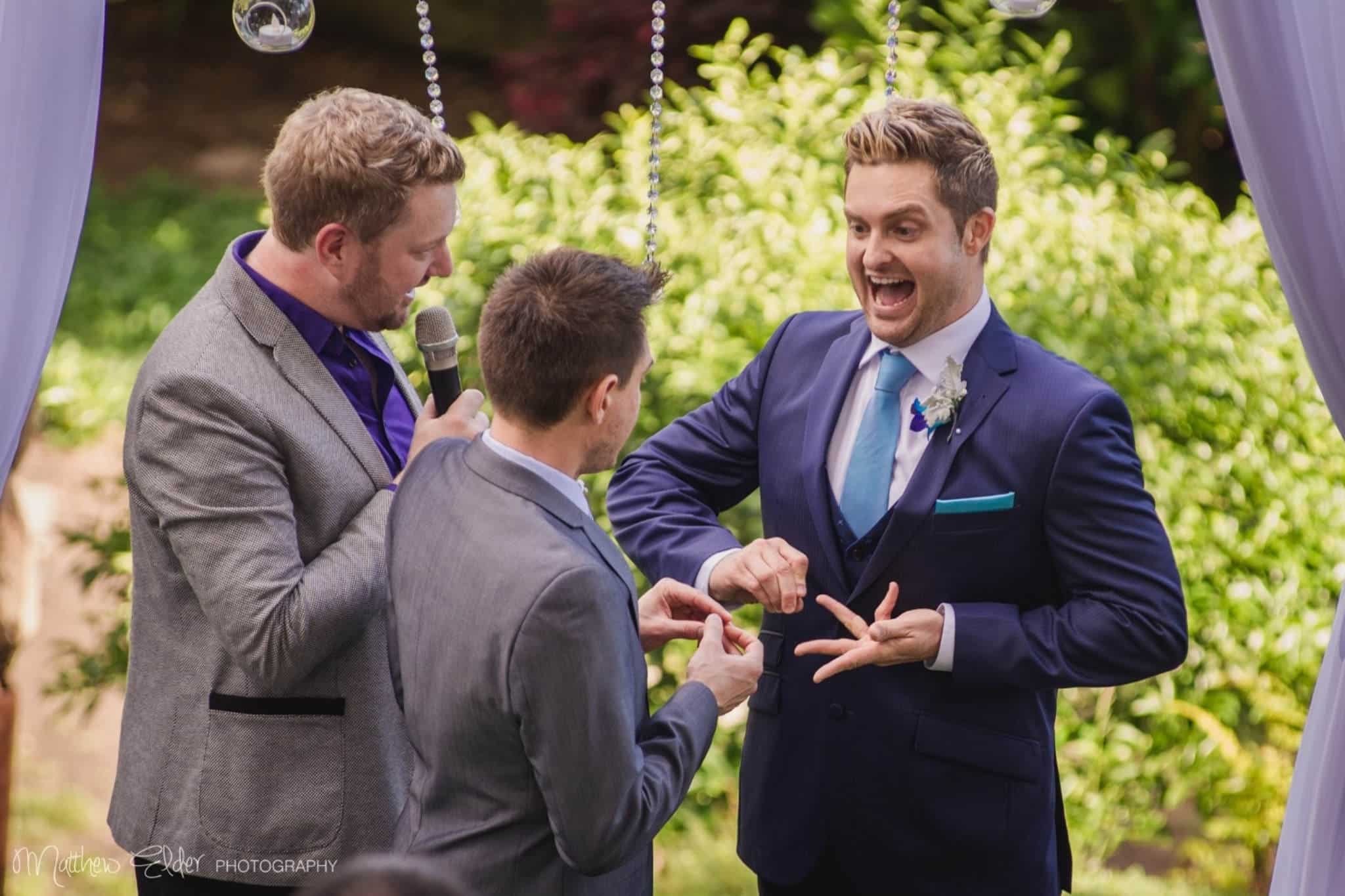 Let me share a secret with you from Wendy Whiteley’s Secret Garden….. if you want to know how to celebrate in style, just ask Craig and Shannon!

When I write a wedding ceremony, sometimes the words just leap off the page and it takes on a life of its own. That’s exactly what happened with these two. When we all gathered under the big fig tree overlooking Lavender Bay and I turned on the mic, the ceremony really came alive. Craig and Shannon had put so much thought into what they wanted to say to each other, and how they wanted to say it, that the ceremony had huge energy.

I knew we’d hit the nail on the head and captured the personalities of them both when everyone laughed out loud, and then cried, and then cheered – it was a truly inclusive and emotional afternoon. The party atmosphere was lots of fun, it was very relaxed, and it was such a joy to be part of.

The guys made their entrance from different sides of the reserve, escorted by their mums, and met in the middle with an amazing harbour view behind them. Two friends stood with them as we celebrated their relationship, and there were tears as one of them told us why Craig and Shannon are so special as a couple. Another friend took the mic for a reading, and their dog Tyson dressed for the occasion as the ring bearer which prompted a big cheer!

And even Wendy Whiteley herself made an appearance from her balcony overlooking the gardens!

Congratulations guys – thanks for asking me to be a pivotal part of your wonderful wedding day.