Don’t Rain On My Wedding Parade 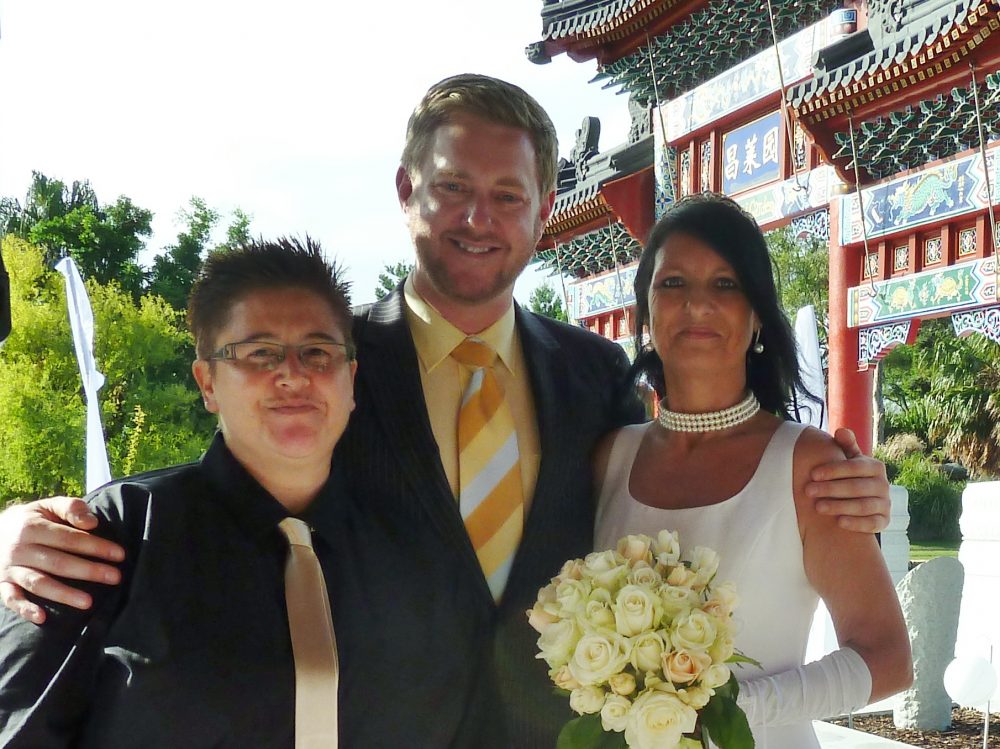 Grey skies and torrential downpours saw Plan B swing into action with a move under cover to one of the beautiful new Chinese pergolas at Nurragingy Reserve in Blacktown. But this was fate bringing Sam and Rhonda a blessing in disguise because this was a wonderful spot to celebrate their love, surrounded by their family and friends.

Their first date was on a dark and rainy day, and so when it looked like their commitment ceremony would mirror that, it was as if things had come full circle. But what is it they say about the sun always shines on the righteous? As the ceremony began the clouds cleared and the sun shone down.

Sam and Rhonda chose a Sand Ceremony, pouring coloured sands into a vase. Just as the grains of sand can never be separated and poured again into the individual containers, their lives are also inseparable.

It was a wonderful moment in a ceremony full of love and joy. I never get tired of watching the looks on people’s faces as they declare their love!

Rhonda, Sam and myself are all firm supporters of marriage equality and we look forward to the day when their union is recognised under Australian law. New Zealand is showing us the way with gay marriage where Australia can only offer a same sex commitment ceremony. But what we lacked in legality was more than made up for in meaning.

Congratulations to you both and thank you for allowing me to be part of such a special day!

Rhonda and Sam’s ceremony was held at Nurragingy Reserve in Blacktown.