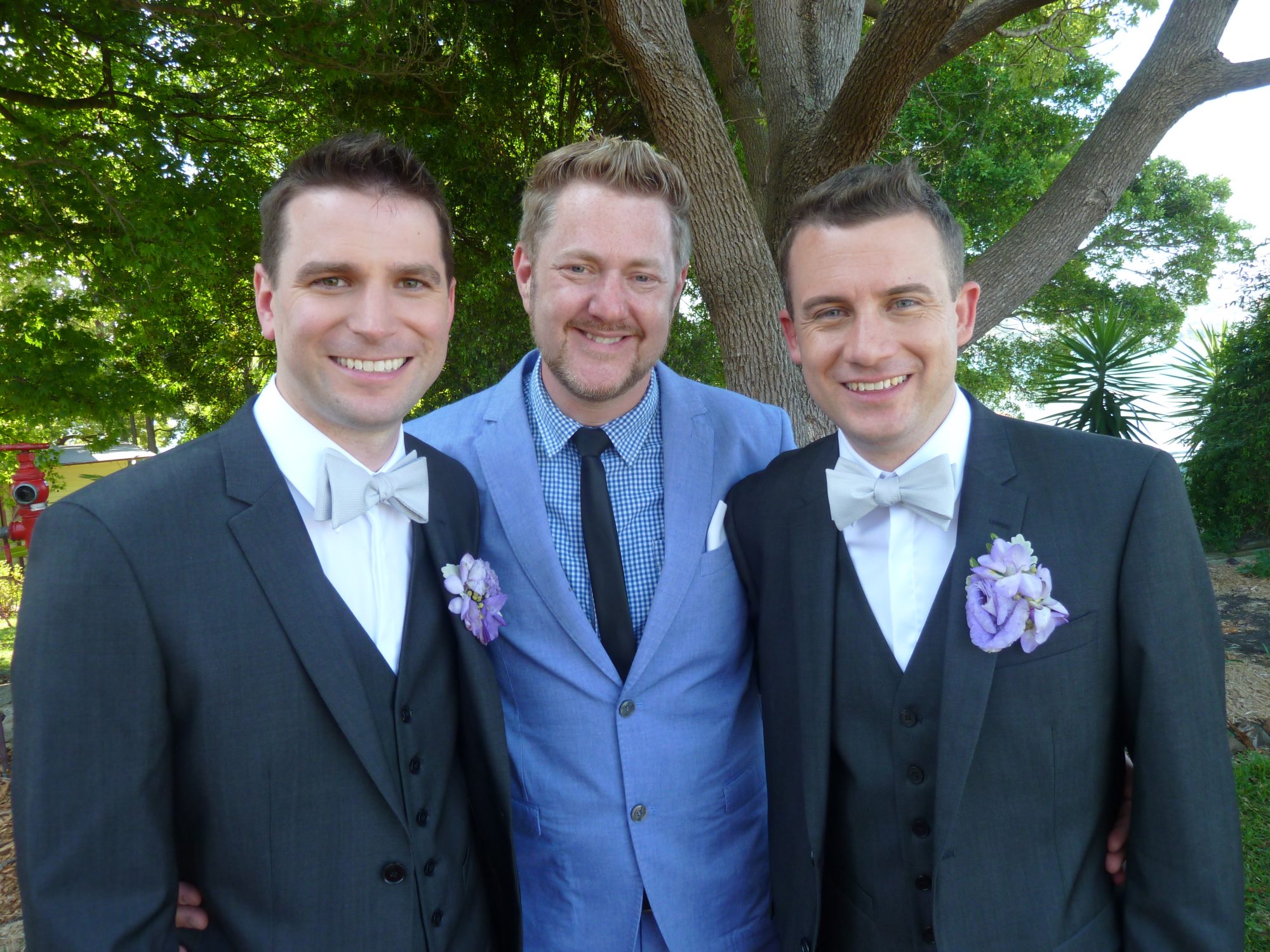 James and Alan’s wedding was a day of surprises…
Their guests were given a mystery tour which ended on an island in Sydney Harbour with breathtaking views of the city.

They knew there was going to be a ceremony, but they didn’t know where. So as I was setting up the garden on the very top of Cockatoo Island, I watched as a special ferry brought the guests to the dock. It was easy to spot – it had the traditional white ribbon decorating the front!

A brisk walk up some stairs led the guests to the lawn, and then the boys made their entrance. You couldn’t ask for a better backdrop for the photos! They’d put so much time, effort and love into their wedding day and it was clear for us all to see.

We had guests from New Zealand, who I am sure were wondering why Australia is dragging it’s heels in making same sex marriage legal. Good question! But the day wasn’t lacking in meaning, as they exchanged vows written especially for each other.

And then the guests were whisked away for another surprise – the reception at a nearby restaurant. As for me – I headed to the Island Bar to raise a glass to the two grooms!