To Queen and Country 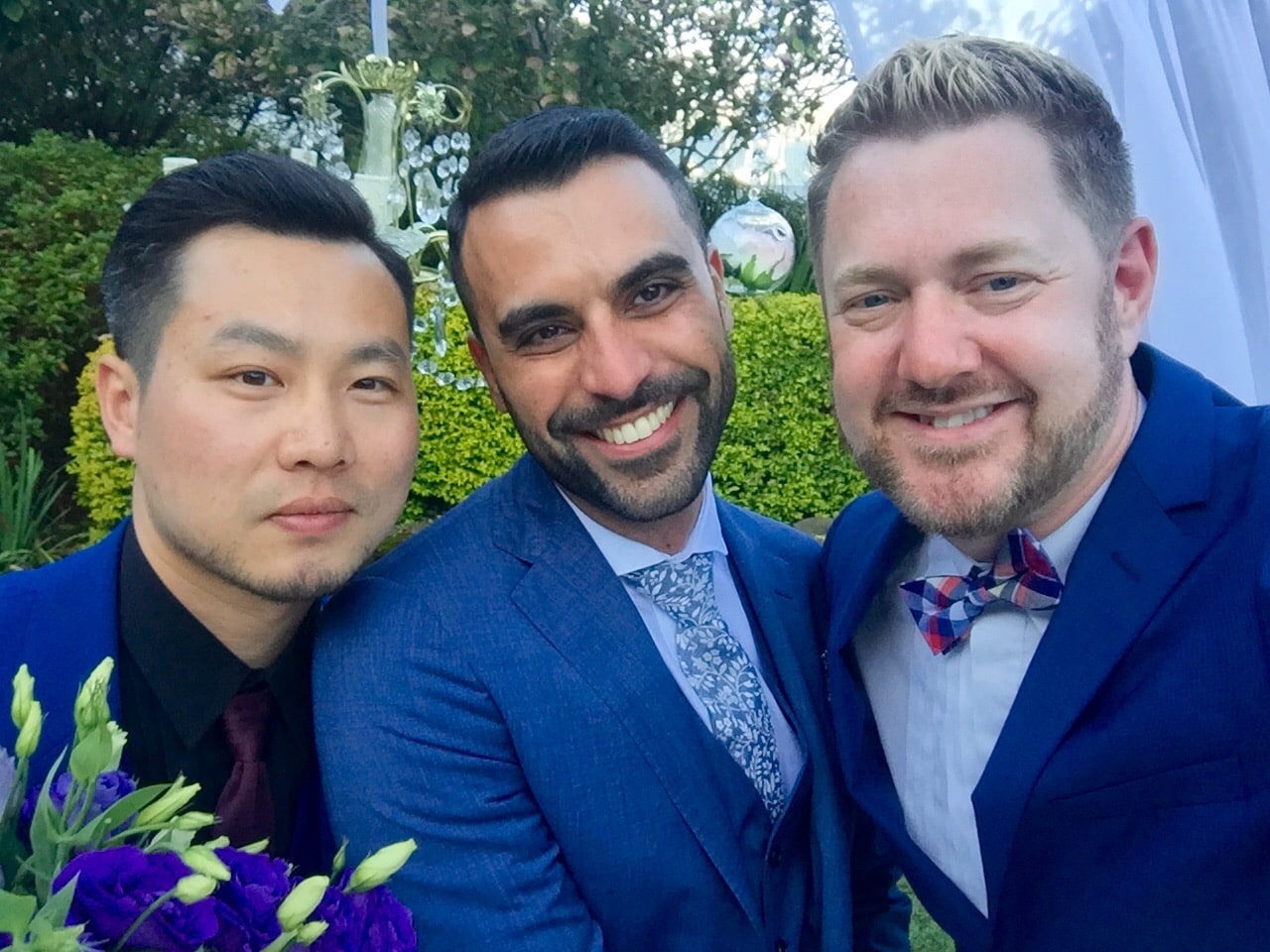 It was a double day of commitment for Marcelo.
With his commitment ceremony just minutes after his citizenship ceremony, it was a promise to Queen AND country!

There was certainly a lot to celebrate and a life changing day in many respects. After hot-footing it from Town Hall, and with barely enough time to catch his breath, Marcelo and Lei arrived at in Elizabeth Bay to join all their friends. We had all gathered in the park where they had come on their first date to hear Marcelo and Lei make a lifelong commitment to each other. And Marcelo was also able to show off his new certificate as a dual citizen!

If you’ve had told Marcelo when he arrived here several years ago that he’d be having a wedding and becoming an Australian on the same day, I don’t think he’d have believed you. He only came here to learn English, and didn’t plan on staying, but on his second day in the country he met Lei and both of their lives changed forever. I guess that’s fate!

And Lei wins the prize for writing the most honest vows EVER. He began with: