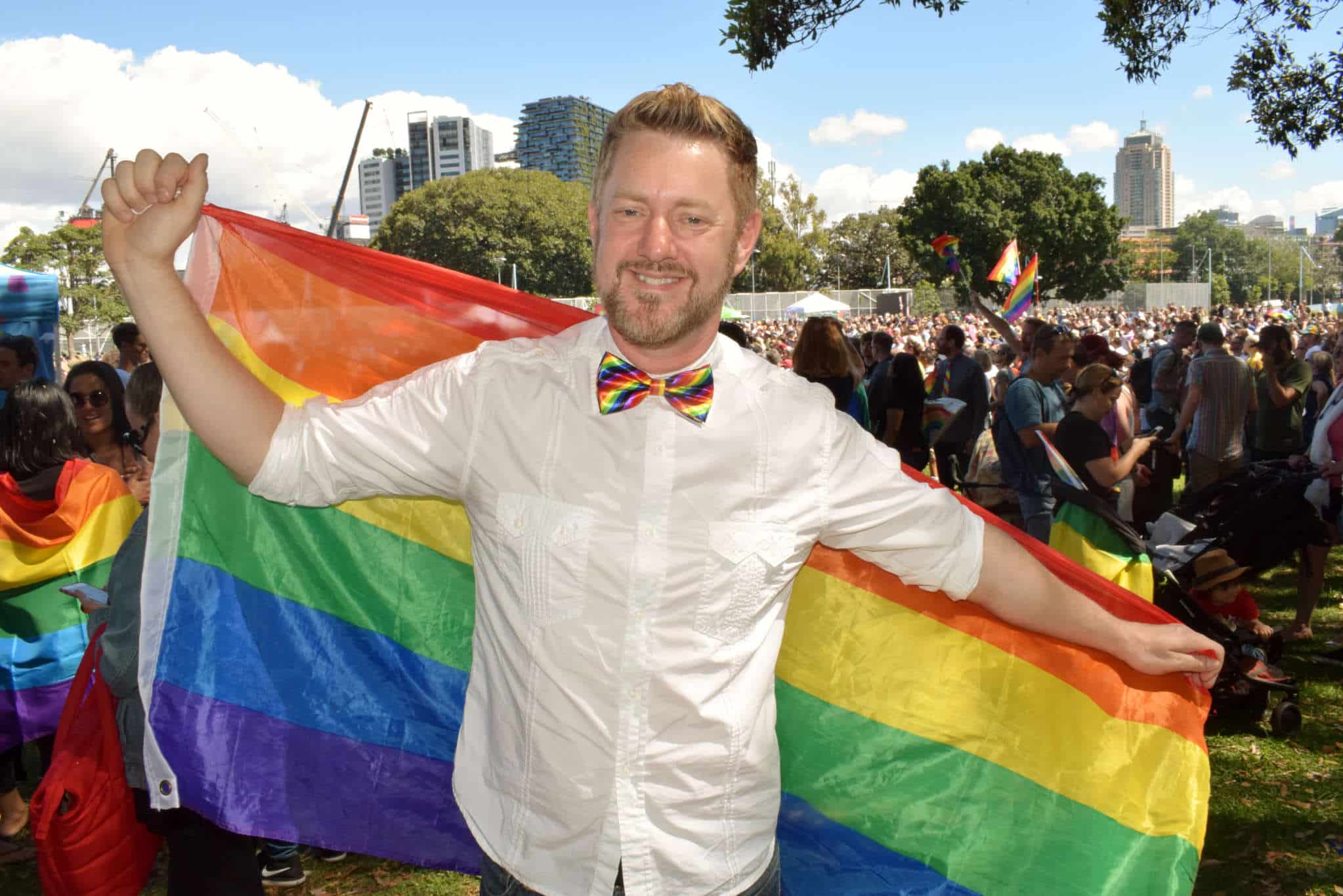 Exactly a year ago today, everything changed. As Australia said yes to marriage equality, it ushered in my busiest year as a Marriage Celebrant and gave respect and recognition to thousands of same sex relationships.

On November 15th 2017, I joined the thousands of others in Sydney's Prince Alfred Park (a corner of which may soon be named Equality Green) to hear the result of the plebiscite into same sex marriage. As the crowd erupted into celebration, I knew that 2018 would become the most amazing year of love. From that moment onwards, the emails and phone calls began pouring in from couples keen to marry.

2018 has been my busiest year ever, with same sex marriage accounting for a 70% increase in business. Of the 132 marriages I've officiated in the first year of the new marriage law, 54 were for same sex couples, representing 40%. And I didn't have to wait long to experience the explosion of love, celebration and relief that marriage equality brought about.

My first same sex marriage was on December 16th 2017, just a week after the law changed. Ben and Yoshi were the first male couple to legally marry in Australia after they were given special dispensation to reduce the usual one month waiting period. 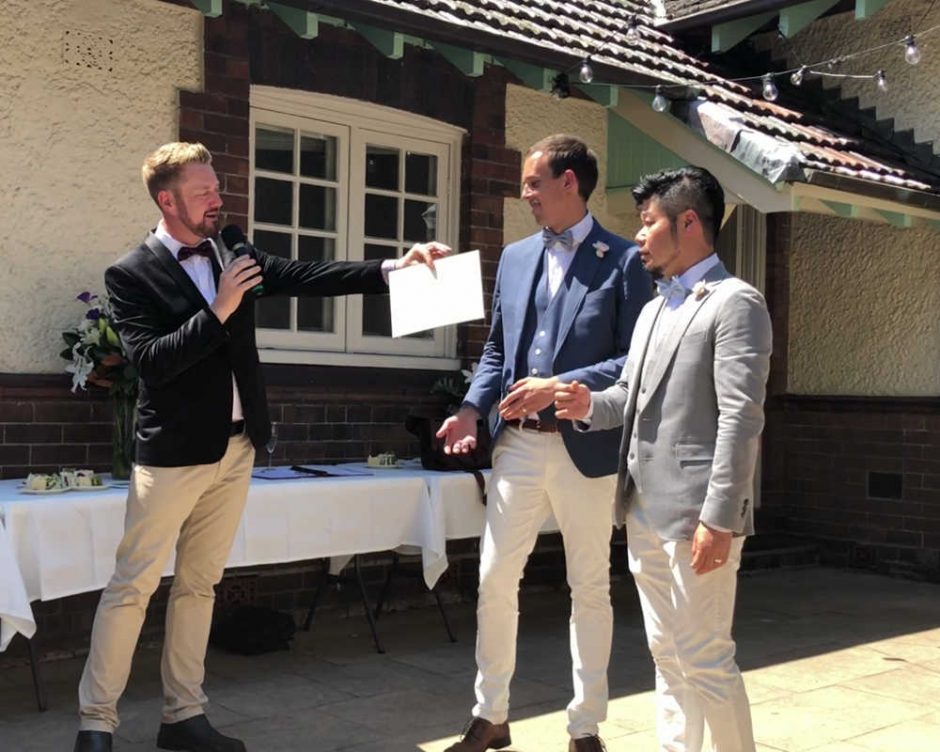 All weddings are loving and joyous occasions, but time and time again over the past year, I have found same sex weddings to be even more so. There is an extra edge of something very special that is hard to quantify. Marriage equality has brought acceptance, respect and recognition into the mix, and to have experienced that with so many couples has been both heart-warming and humbling.

Over the past 12 months, I have heard so many moving stories and met so many inspirational people. Bryan and Linc met in 1974, an era when the LGBTQI community was fighting for acceptance and same sex marriage was inconceivable. They have been through everything together and I married them in a beautiful garden wedding in Woollahra. 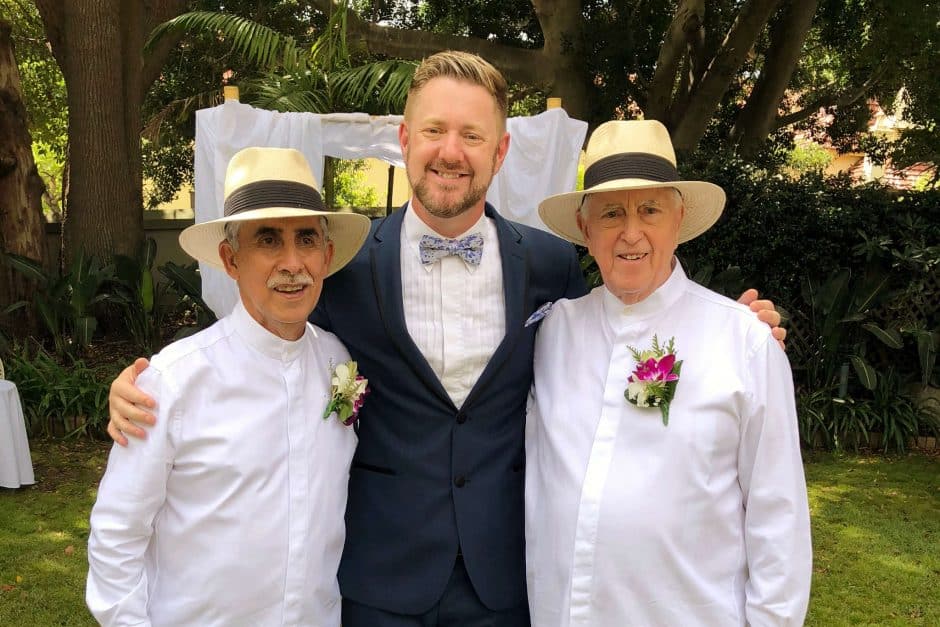 Another couple, David and Jose, held an intimate gathering in their Mosman home to mark a similar lifetime of love. They have witnessed, and been part of, huge social change. But younger couples have also been quick to take advantage of equality too. Nassib and Todd married in an intimate ceremony in a Sydney park that marked a new milestone in their journey. Leyla is a passionate advocate of social justice; she met her partner Camilla at university in Sydney and they are also now married. 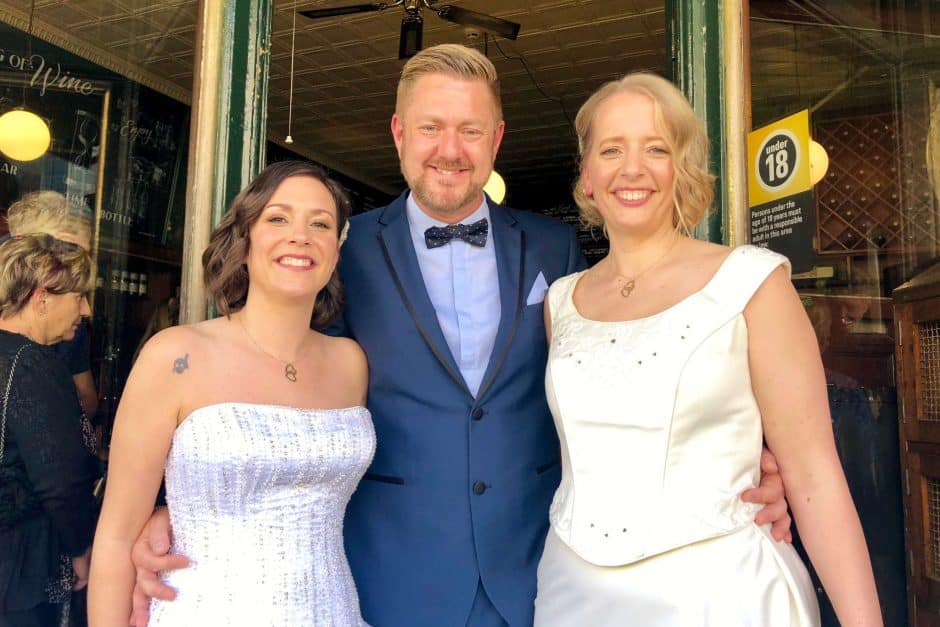 Some couples have reaffirmed their wedding vows and made them legal. I married Leanne and Katrina in the same place on the same date, a year after their Commitment Ceremony.

It felt like the whole town turned out to watch Karen and Philippa marry by Thirroul Beach on their 18th anniversary, to deafening cheers. With their two children alongside them, it was a celebration of both family and friendship. 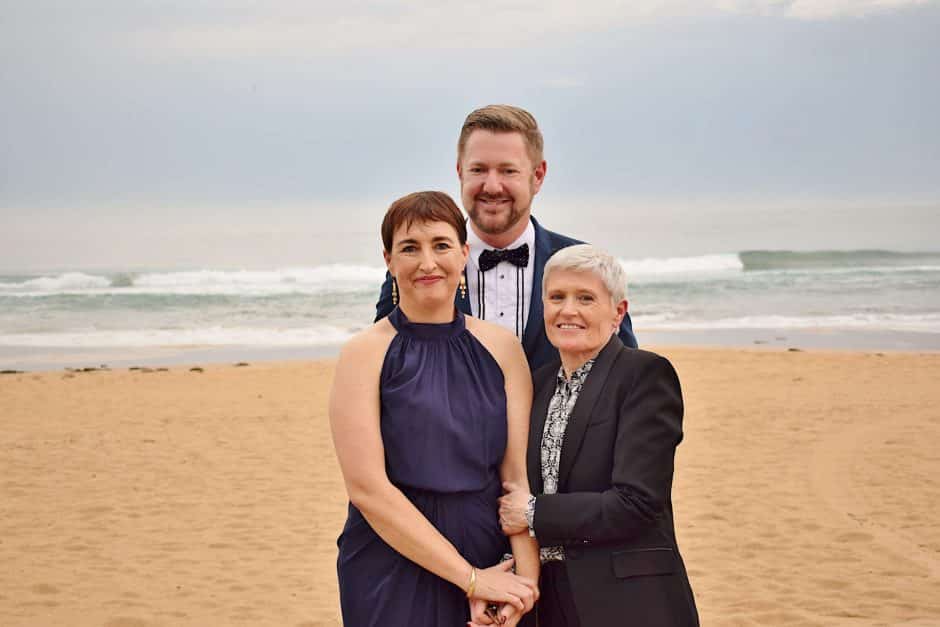 Looking at the figures has highlighted some interesting statistics. The average age of a partner from my same sex marriages is 49, with the oldest 76 and the youngest 20 years old. Data from the Australian Bureau of Statistics published in November 2017, around the same time as the Yes result, put the average age of marriage for male/female couples between 28 and 30 years old. Three-quarters, or 40, of the couples I have married are male, and 14 are female.

41 of my 54 same sex marriages were very simple and low-key ceremonies to complete the legal formalities, attended by only a handful of guests, often at the couple's home. The majority of those couples have enjoyed long-term relationships and many had previously held a Commitment Ceremony. The picture is now changing with much bigger celebrations beginning to take place, as large weddings often have a lead-in time of a year in order to secure the couple's preferred date or venue.

The latest nationwide figures show there have been 99,437 marriages across Australia in the past year. 5,431 have been same sex weddings; 2,325 have been male couples and 3,075 have been female couples. The most same sex legal ceremonies (1,907) have taken place in NSW. And the average age in a male same sex marriage is 45, female is 41, and male/female is 33.

In terms of location, I've seen a spike in overseas couples coming to Australia to marry, often from countries without marriage equality. I have married several same sex couples from places like Hong Kong and Singapore. This points to Australia being increasingly seen as a destination wedding location for gay and lesbian couples. 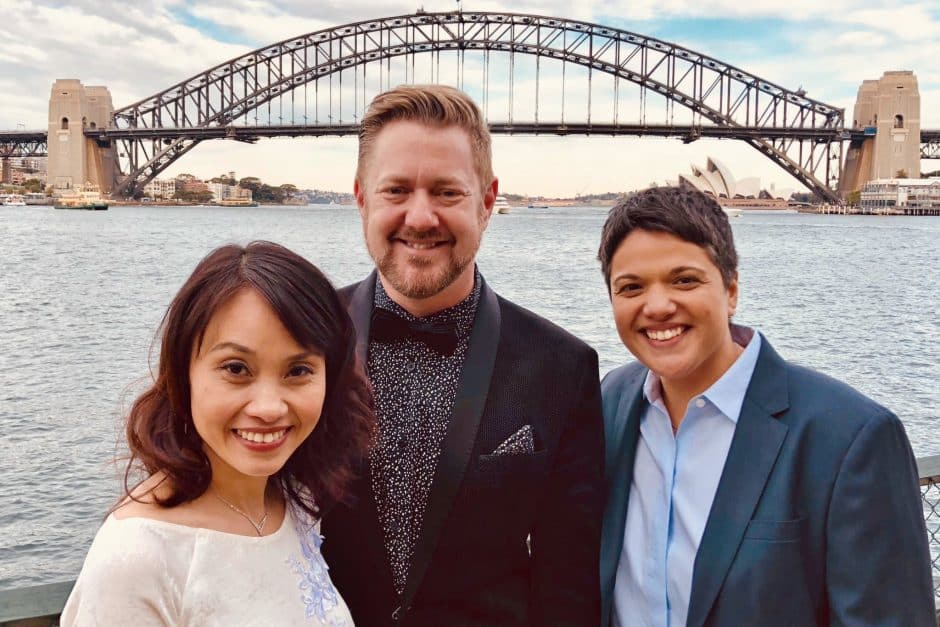 I've found that Marriage Equality has been celebrated by ALL my couples. During the ceremony, I'm legally required to define what marriage is (Marriage according to the law in Australia is the union of two people). Even now, a year on, that still prompts applause from guests or often the bride and groom will catch my eye and smile, so I still feel a little thrill when I say those words.

I too have had my own reasons to celebrate. My marriage in the UK to my husband, Andrew, wasn't valid in Australia. When the Marriage Act changed, we became officially married all over again as overseas same sex marriages became legally recognised here. It finally put an end to the ironic anomaly that I was marrying couples but couldn't get married myself.

When I married Selwyn and Ban-Foo at Sydney Opera House earlier this month, I thought the applause from their friends and family would never stop. After 21 years together, they too have witnessed and been part of huge social change. Selwyn and Ban-Foo told me that getting married is also about helping to pave the way for future generations by showing that marriage is for any and all couples. It is their hope and expectation that in the future, we no longer talk about "same sex marriage"; we simply just say "marriage".

I think that future isn't far away.