Traditions at the Temple 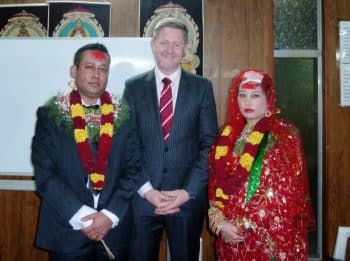 I’ve just been to my first Hindu wedding. One of the things I love about living in Australia is the chance to experience so many different cultures, so being part of Raju and Sharmila’s wedding was a great experience!

Their traditional ceremony at their temple in Homebush was a fusion of colour, chanting, sights and smells. It was a honour to watch, before it was my turn to step in and perform the legal part of their marriage ceremony.

A Hindu wedding is traditionally conducted at least partially in Sanskrit, the language of most holy Hindu ceremonies. Hindus have many rituals that have evolved since traditional times and differ in many ways from the modern western wedding ceremony. They attach a lot of importance to marriages, and the ceremonies are very colourful and extend for several days. 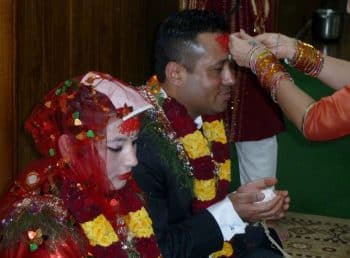 So many congratulations Raju and Sharmila!